Joseph Bolstad has passed away

30.08.2019 | Westlake Village, California, USA – The founder of Kama Sutra passed away on Tuesday the 20th of August at his home in Westlake Village, California, USA. Joseph C. Bolstad founded one of the oldest and most iconic brands in the adult industry and was 84 years old when he died. Bolstad and his business partner, the late Hal Hauser, founded Kama Sutra in 1969. The company has been a pillar in the industry for over half a century now, celebrating their 50th Anniversary in July.

It all started with Joseph Bolstad’s vision. In the politically turbulent 1960’s, he saw that in order to make the world a better place, he needed to find a way to bring people together. He founded Kama Sutra with a passionate but simple purpose – to help people create joyful experiences of intimacy in their lives. Through the giving and receiving of love, physically and emotionally, healthier human beings emerge, and the world reaps the rewards. The company’s very first product, Kama Sutra’s Oil of Love®, had a giant ripple effect, revolutionising the adult industry. Still as sought after now as it was when it debuted, Oil of Love® was the catalyst for the romance category itself. In an interview for the company’s 45th anniversary in 2014, Bolstad elaborated on how he came up with the idea for the product.

A party was the inspiration for Love Oil

“Well, one day in 1969, I think it was, Hal and I were invited to a big party in the Hollywood hills on a Saturday night. What a party it was. Full of beautiful models, starlets, guys, girls – it was something; and of course, it was the 1960’s so there was a pungent odour in the air. As the night wore on, people were raiding the kitchen cupboards for Wesson oil, olive oil or anything else that was slippery. Why – you might ask? Your guess is as good as mine. The next morning – late in the morning I must say – Hal and I met for coffee to review the night and get the day started – and came up with an idea for a product we called ‘Love Oil’ based on last night’s experiences. I immediately grasped the marketing and sociological significance of such an idea. We talked over the idea for a few hours- and ended up shaking hands as partners in the new venture of developing and marketing Love Oil (Oil of Love). We were out to save the world. You must remember that this was the late 1960’s and the Vietnam War was 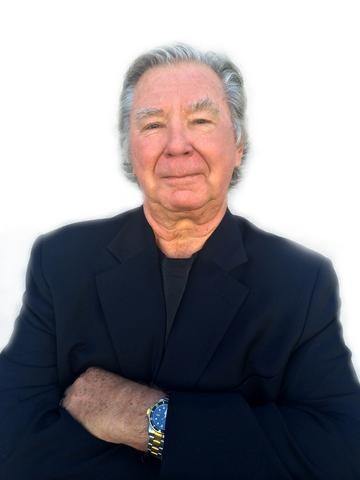 going on, there was intense unrest in the streets of America.”

Over the past 50 years, Bolstad saw the importance in the ability for his brand to evolve with the ever-changing demands of the consumer, while at the same time staying true to his original vision. Today, Kama Sutra boasts a collection of over 100 SKU’s, each product designed to embody Bolstad’s mission to bring people together. Before founding Kama Sutra, Bolstad worked as an advertising director in Los Angeles, California. He grew up in Minnesota. After attending The University of Minnesota and a two-year service in the military, he made his way to the West Coast. There, Bolstad attended Art Center College of Design. “Art and design had always been hobbies for me, and I was hoping that I could find a career in advertising. I decided to put my head down, work like a dog night and day – and eventually, I became a fairly talented art director and designer in the Los Angeles area”, he once said. Even today, Bolstad’s passion for art and design was obvious. He remained active in the company right up until the day prior to his passing. In the past decade, Kama Sutra became a family business with Bolstad’s wife, Marla Lee, as Company President, and his sons Nicholas and Patrick in Sales and Marketing. In his personal life, Bolstad was a talented golfer and playwright. He always loved football and mentored many youths on the local high school football team in his spare time. Bolstad was often described as unforgettable and one-of-a-kind. He was known for his sense of humour and made a lasting impact on everyone he met. Bolstad was an extremely generous, giving person who was always willing to help others, especially those who were less fortunate than he. Bolstad will be dearly missed by his family, friends and employees. Kama Sutra will honour their beloved founder’s legacy and continue Making love Better® in a world that desperately needs it.