Lovehoney as the central theme in UK Chat Show 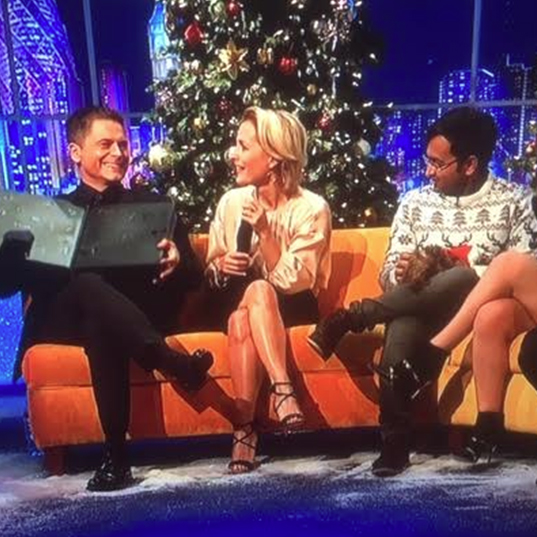 Lovehoney sales executive Laura Wood says: “We were thrilled to see Hollywood stars having fun with Lovehoney’s Fifty Shades of Grey 24 Days Countdown Calendar on such a well known and popular Saturday night show. Fifty Shades introduced millions of women to the wonders of bondage — it seems that Gillian Anderson is another convert!”

The award winning Fifty Shades of Grey – The Official Pleasure Collection is the only pleasure collection that is officially endorsed by E L James. The Fifty Shades author worked closely with “the sexual happiness people” at Lovehoney to create the sex toys and bondage products she describes in her best-selling books. Lovehoney has sold millions of units of Fifty Shades of Grey products since it secured the rights to manufacture the only official licensed ranges in 2012.