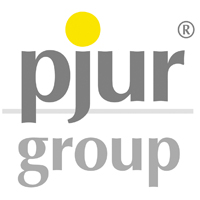 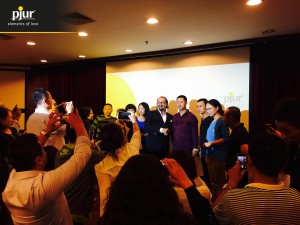 than 220 managers took part in each seminar, including the two largest franchise owners who own 26 stores. After Alexander Giebel’s presentation, the top salesperson from Orange Adult gave an exclusive product and sales training for pjur products. To conclude the seminar, each franchise owner received a smart pad on which pjur orders could be placed directly. “There has never been a seminar trip this large before, and the concept was very well received”, said Alexander Giebel. “The sales figures exceeded all expectations as we continue to expand our distribution in the Chinese market!” 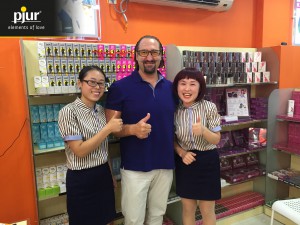 As well as seminars, Alexander Giebel has personally visited various franchise partners together with Ola, Sales Manager for Orange Adult, and has done store checks and smaller seminars, for example in Luoyang, a city with a population of more than six million people. Orange Adult runs some 70 stores itself and has approximately 1,500 franchise owners in China. Additional information about pjur can be found at www.pjur.com.