01.04.2018 | Alzenau, Germany – The preparations for the world’s largest erotic and lifestyle fair are in progress and there is already the first surprise. Because at this year at VENUS, which takes place from October 11th to 14th in Berlin, people will be punished when they exceed barriers. A specially trained team equips the visitors at the entrance with a Mystim stimulation device called “Cluster Buster”. That way, they should learn to behave civilly at the fair. With every passing offense, including touching and staring, fair hostesses and actresses can use special keys to give electric shocks to people. “As a long-time exhibitor at the fair, it was of course a matter of honor for us to provide the necessary equipment and support the training of hostesses,” explains Jessica Hofmann, Managing Director of Mystim GmbH.

The training of the so-called Cluster Buster team lasted three months. The ten-man crew also includes two psychologists who rate each visitor on a scale of one to ten in terms of their pent-up lust. Depending on the assessment, the electrostimulation device is placed in the genital area of men and women who look like they are could lose their manners, to achieve the greatest possible effect. “Above all, the knowledge of human nature is important, so that we as trade fair organizers can nip the problem in the bud,” explains Walter Hasenclever, press officer of the VENUS. Because sexually dissatisfied people are more likely to try to touch the staff. 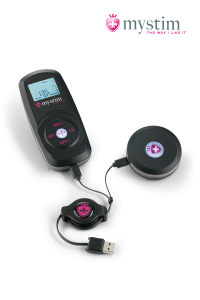