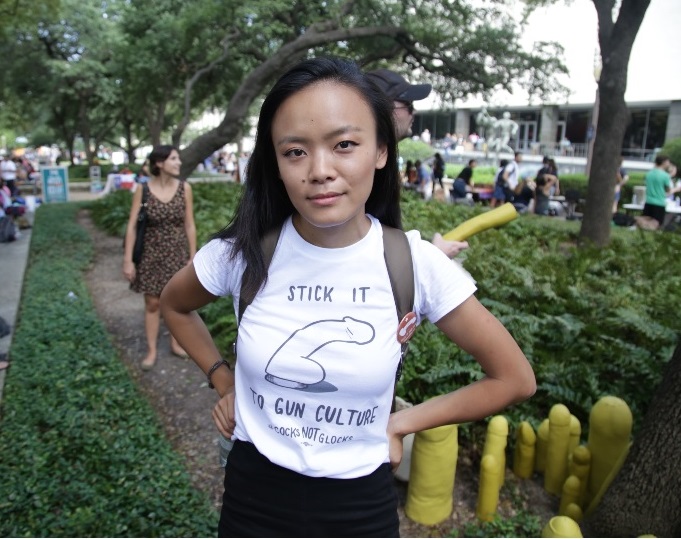 “As a female who has been in the adult novelty industry for decades, I am well aware of what it means to stand up for what you believe in,” said Susan Colvin, Founder and CEO of CalExotics. “So when I see young people exercising their freedom of speech in this way, when many others don’t have gumption to do it, I can’t help but want to support their efforts.”

“We are incredibly grateful for the support CalExotics has shown us as we pursue our mission and passion,” said Jessica Jin, Creator of Cocks Not Glocks.  “With their support, we will reach millions with this documentary and we cannot wait to reveal it to the world in 2019.”